Day 14 - A story towards Dog Man and a watercolor painting of fruits.

Hi again! Today, let's discuss about the drawings I made. I have made plenty of them, here are two of them which were made recently and are my favorites. The first drawing  is from the Dog Man book. It's drawn well enough; Ok, I guess you decide, but the coloring part went wrong. It is below with another one of my stories. 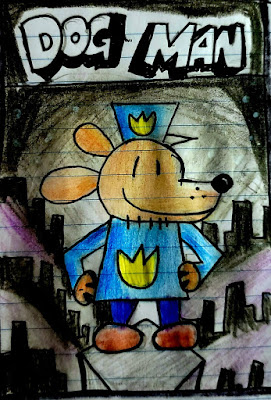 John the policeman didn't like Dog Man at all. He thought it was very bad influence for his young "policeman" son. But John's son Joe didn't think that. Joe loved Dog Man and he would draw pictures of it all the time. Yesterday, he drew pictures of the title cover. John didn't like the fact that They just added an animal head to a human body and turned him into a cop. John wanted Joe to be a real cop. Someone risking their lives to protect others, someone smart  and trustworthy that everybody could trust, just like Joe thought Dog Man was. The one thing John couldn't do was stop Joe from reading Dog Man. If John took the bool away from him, Joe could still read at school. John did read Dog Man as a child, but John didn't like the concept at all.
John was breathing as fast as he could. He ran so much that he could have passed out any second. But still, his feet were moving and moving. After all, he couldn't just let Peter steal more of the Art Museum's precious paintings. While John was running, a dog walked up to him. Instead of going forward and crushing the dog, he petted it. During that time, Peter blew up a bomb. John was panting so badly with each drop of sweat trickling down his shirt. If John could, he would just lay down and close his eyes. Well, there was no could, because that's what happened when Peter blew up the bomb. John desperately tried to pull his big legs up and tried to move but in that second, nothing happened. The bomb went off, and both John and the dog fell down quicker than anything with their tiny eyes shut.
Gary the dog just woke up finding himself in a Hospital. The last time he was awake, he was right in front of a man, trying to get a treat. But before he got up, he felt weird. He was just pulling his leg to itch his neck, but he couldn't. He looked down at his legs. They weren't his! They were the man's as he remembered. Gary did not understand anything, but the only thing he could understand was that he had been given the man's body, and now he didn't know what to do.
The only thing Joe could think about was his dad as he was on his way to the hospital. Tears going down his eyes and all the way to the ground. His dad had been bombed by his dad's biggest archenemy.
When Joe reached his dad's room in the hospital, he could only see a dog head. Then, the craziest thought went through Joe's head, or at least he thought it was crazy. John had been turned into Dog Man. Was it really what Joe thought it was? Joe found out when he asked the doctor. All the doctor said was that she should have thanked Dav Pilkey for making the book Dog Man. That book saved two lives, and those two lives might even save more...

Author's Note (Me): Dav Pilkey really did write a good book, even though he approached a different style, this book can tell us a lot, and it is very humorous. Dav Pilkey tells us that life is nothing without something funny, so you shouldn't be sad all the time. Another thing that Dav tells us is basically, "Nothing is impossible. The word itself says "I'm Possible"."

So this was my story and image. Below is my next drawing that is actually a watercolor painting. It  looks good when seen from far away. Close-ups just make it look very unrealistic. 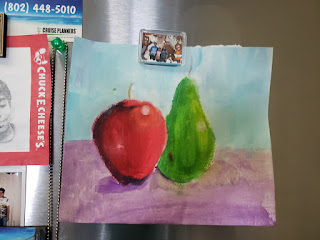 So that was my painting, sadly no story for this one. Thanks to everyone who visits my blog and who looks forward to my next blog. The last post got some good attention. I tried to write something which may interest you, but again I am open to any feedback. Bye Diary, see you next week. But I guess I don't have to say bye because you are always going to be here, and what has been written will always be here. Thanks diary for always being there for me.
Sincerely,
Shubh Varshney

Popular posts from this blog Day 15     Dear Diary,      You might be wondering what exactly the image above is. So let me tell you. This is a Dystopian image. And if you don't know what Dystopian means, go here . So about this image, it isn't the only one. In fact, not only are there images, there are short films, stories, etc. As you know that I am a story writer, I am going to of course join this trend and write not one, but two Dystopian stories. One is going to be something that turns out good for us, and the other, well, it's going to be the opposite. Something kind of like the image above. Story 1 - The Cure     It's been twenty years since this whole Covid-19 thing started. Nothing has changed at all. We all are stuck in our houses and neither the cure, nor the vaccine have been found. Well, there have been several vaccines, but none worked, and the same could be said about the cure. I was born during the time Covid-19 started. I have never seen school, I have never been outside. My whol
Read more 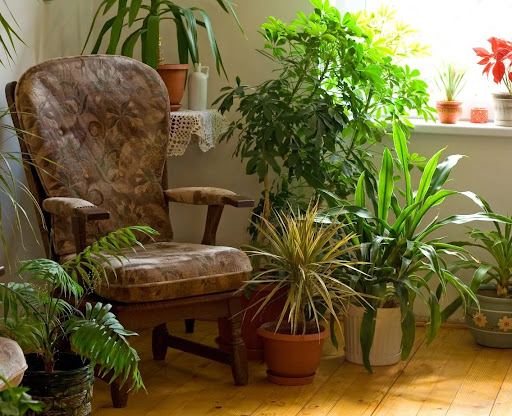 Day 13          Dear Diary,          Happy Weekend. Today, there was nothing special to share with you so I thought I'd share some very interesting writing pieces of mine. While last time we thanked shopkeepers, this time we are going to thank doctors.  You might be wondering that while everybody is doing the same, how is an appreciation letter from Shubh going to make difference? I hope that at the end of the day every effort will count whether it is big or small.           Dear Hospitals, Thanks for your work during this time. I know that you are helping many different patients during these tough times to save their lives and to help them even though you might be in danger. I am really grateful that you guys help so many people, you guys are heroes. Like they say, “Not every hero wears a cape.” In this case you heroes wear coats and masks. Even though I might not have had to go to you, the fact that you are helping this world is just so great. I know that you are risking you
Read more 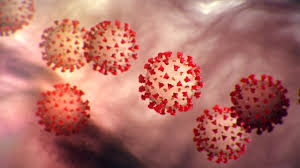 Day 1      Dear Diary,     I wanted to talk to you, as I know you will always want to know what is going on in my life. This is not exactly day one. There has been so much going on lately, anybody can hardly say that this is day one. The Covid-19 world pandemic has scared the whole world. The virus that spread from China has now invaded the whole world. Think of this virus like Alexander The Great. Its goal is to conquer the world. And I'm not saying that being scared is bad. It's good. It protects us, in fact, the science behind fear is to protect us. And thus, we are stuck in our homes since March 17th with nowhere to go. Now everybody knows that this lock-down is good for us, but some of us get angry because we don't get to play with friends at school, maybe also because we just don't get to go to school, maybe because we can't go shopping, or maybe because we can't go to the local gym or swimming pool to exercise. Now, these were some stereotypes
Read more 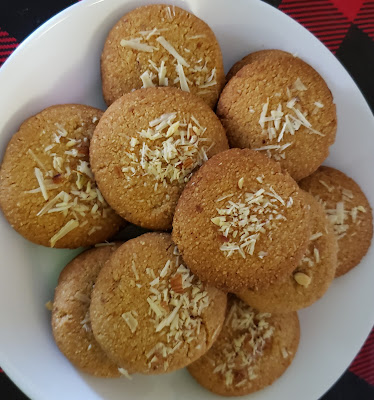 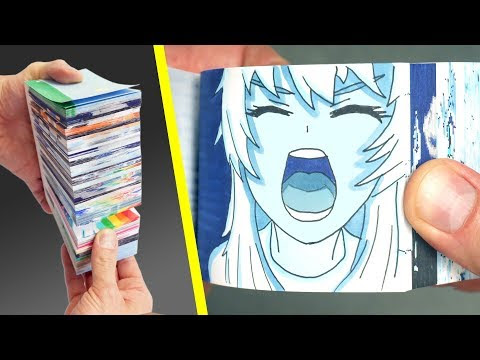 Day 9 -  Happy Lemon Chiffon Cake day with Nonsensical riddles      Dear Diary      Happy Lemon Chiffon Cake Day! I know that was random, but all national days are random. Today's national day is the day I wished you for above. The only surprising part is that they get these random days from somewhere and these random days are based on random creations. Because I can tell that you 99.9% didn't know that it was National Lemon Chiffon Cake Day in America until I told you. Now Diary, if you are listening to me not on April 29th or if you are listening to me from outside of America, then don't blame me for "lying" that it was National Lemon Chiffon Cake Day.      Anyways, leaving all this nonsense aside, I bring you, more nonsense! Just saying the word nonsense is just nonsense! But the more nonsense I am about to bring you might not be so bad, because these are "nonsensical" riddles, meaning that they are hard riddles, and you are not supposed
Read more 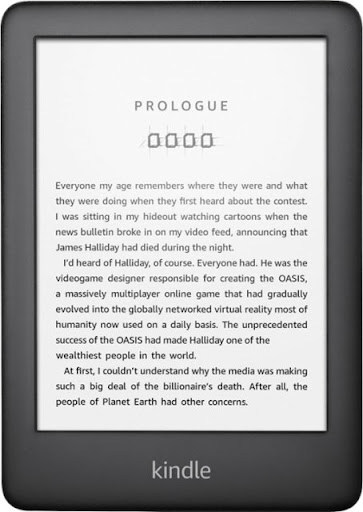 Day 8      Dear Diary,       Illinois's condition is getting worse and worse, and my school is closed for the rest of the academic year. To top it off, the weather is also not improving. What has Covid-19 done with this world? As the conditions get worse, everybody's lives get worse, even if they are not infected. But as I have said before, Remote Learning is great. During Remote Learning, we get assignments through google classroom and Otus. And with Google Meets, I get to talk to my friends and see them everyday! And to keep us productive, our teachers give us challenge questions and engineering challenges.      Recently, I took the Noetic Learning math contest of 20 question with 45 minutes of time. Judging by the practice questions, I thought that the test would be super easy, but it wasn't super easy. It was a bit hard because we had "less" time surprisingly, meaning that 45 minutes was less time! In addition, I have joined the Purple Comet Math
Read more 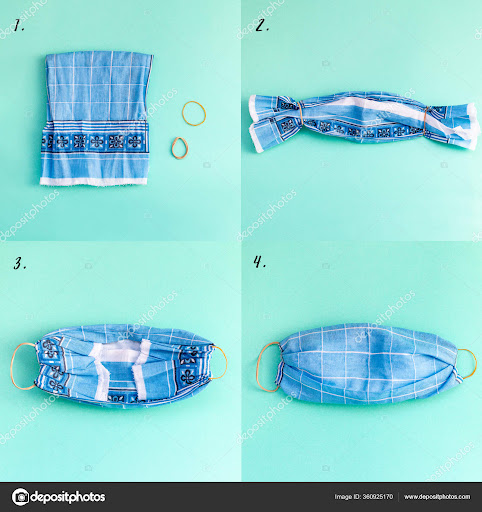 Day 2          Dear Diary,     Today is yet another day I would like to share with you because of your curiosity. The Covid-19 is still going on, and because we were running out of resources, my dad had to go get our groceries. But don't worry diary, because my dad wore a mask that my mom made with very simple steps. This is a method that helps prevent the spread of the virus from one person to another through air. Most of the time, my mom was on a video call with him so that she could tell him what to get.  So basically to make the mask, you fold a piece of cloth you have in half, and then fold the half you made in half again. Then, you put both the ends of the folded cloth inside a rubber band each as shown in step 2. Then, you fold the parts of the cloth separated by the rubber bands inwards, which makes step 3. Then, you pull on the rubber bands and put them around your ears. This makes your own simple and easy mask!              Once my dad came back from shop
Read more